I’ve been wanting to try property-based testing in a real-life situation for some time, and decided to try it out with the test suite for our open source library ActiveLogin.Identity. 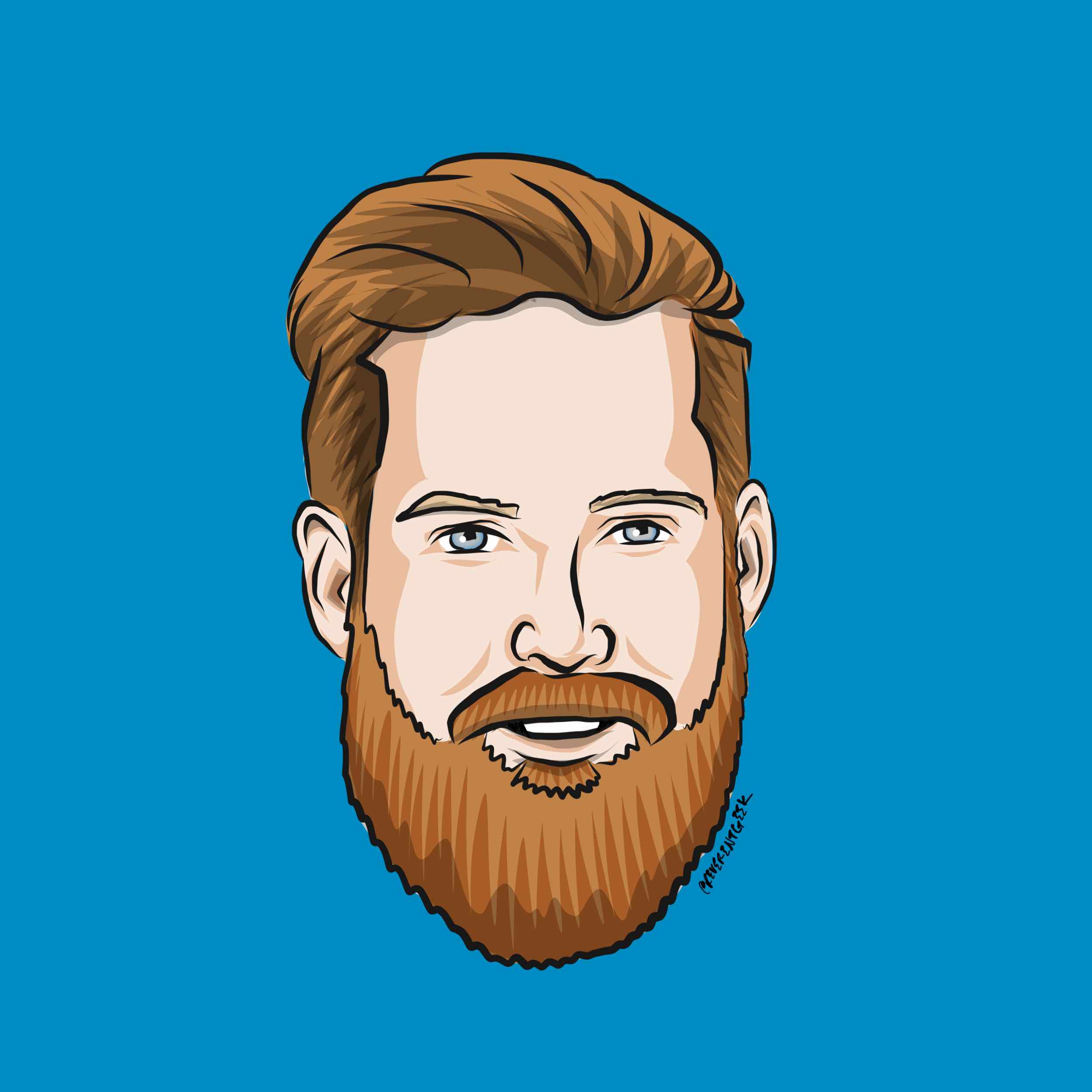 I’ve been wanting to try property-based testing in a real-life situation for some time, and decided to try it out with the test suite for our open source library ActiveLogin.Identity.

This is part 1 in a four part series:

Part 3 - Generators with too many output values

A short background on ActiveLogin.Identity; it’s a library for parsing and validating Swedish identities, such as a Personal Identity Number, let’s call it a pin. For this blog we can be satisfied with the following simplified model: the format for a pin is YYYYMMDDBBBC, i.e. Year, Month, Day, Birth number and a Checksum. The birth number is any number three digit number from 001 to 999, the checksum is calculated using the Luhn algorithm. You can also write a pin using a 10 digit format YYMMDD-BBBC or YYMMDD+BBBC, where a “+” indicates that the person has turned or is turning 100 this year1.

There are a few functions of interest in the library that we are going to focus on in this blog post: parse, to12DigitString, and to10DigitString. What they do is pretty straight forward, parse takes a string input and returns a pin or an error. The toXXDigitString takes a pin and returns its string representation.

What are property-based tests

So what are property-based tests? Maybe it is easier to explain if put them in contrast with normal unit tests. The first test from the original code looks like this:

This looks like a normal unit test and is what we can call an example-based test. We are providing the tests with four known example inputs (through the InlineData attributes) that we expect to have a certain outcome. In this case we expect the SwedishPersonalIdentityNumber.Parse method to correctly parse the year part of the pin.

But we are only testing with four inputs which is only a small subset of the actual inputs we can expect.

Property-based testing turns this on its head. Instead of us, the test writers, providing the example inputs, we let a library do it using a generators. In the simplest case this could just be a generator that returns a random integer. For our domain types we usually have to write our own custom generators.

The testing library would then run our tests several times using input from the generator. Either it will find an input where the test fails and report that to us, or after running the tests a certain number of times it would be satisfied that the property holds.

We call these tests property-based since instead of providing example inputs where we know the result, we will be stating properties about the code we are testing.

Often these property tests can look quite different from what (at least from my experience) unit tests normally look like. For example when it comes to testing the parse function that is tested above I ended up with a series of tests that actually are testing parse and the toXXDigitString functions together: One example property would be, in plain english: “turning a pin into a 12-digit string and then parsing it, should return the same pin”. And this is what the property-based test in F# would look like:

But that’s probably a lot to take in if you’re not familiar with F# or unit testing in F#.

The tests we are migrating from are written against the C# api of the library. Since there now is an F# implementation of the api I will be writing the new tests against the F# api. A quick note on writing unit tests in F#. My test library of choice for F# is Expecto. I also like Unquote for writing my assertions, since I think it makes for really expressive assertions.

For those unfamiliar with Unquote it makes it possible to write test assertions using F# quotations. For example, the following Expecto assertion:

could with Unquote be written as:

or even simpler, using one of Unquote’s custom operators:

The first function we will test is parse.

where Error is a discriminated union with some error cases specific to our domain.

So it’s a function that given a string input will return a value wrapped in the built-in Resulttype. Result is a discriminated union that can have either an Ok value or an Error. In the F# api we are not throwing any exceptions like we did in the C# api.

In the original C# code we have several tests to verify that we can parse a valid pin. The idea is to replace them with a few of the “roundtrip” tests described above.

The first one is:

I.e. given a valid pin, if we turn it in to a 12 digit string and parse it again, we should get the same pin back. If we try to run this test we get an ArgumentException:

Which is due to the fact that FsCheck doesn’t yet know how to create the input pin for us2. We need to write custom generator.

Creating a custom generator for the SwedishPersonalIdentityNumber type

It turns out, due to GDPR, that you should not use any ‘random’ Personal Identity Number values in your tests since the pins could actully belong to a real person. The Swedish National Tax Board that is in charge of the Personal Identity Numbers actually provide a list of valid numbers to use for testing purposes. To simplify the usage of these test numbers ActiveLogin.Identity actually provides access to the test numbers in the package ActiveLogin.Identity.Swedish.TestData. So we’ll use that package to ensure we are not using any ‘real’ pin numbers.

Using the TestData package we can get a random valid pin from: SwedishPersonalIdentityNumberTestData.getRandom(). Now let’s build our custom generator; In this case it is quite easy, we can use the generator computation expression from FsCheck and just call the getRandom-function.

FsCheck actually packages a generator together with a shrinker into something called an arbitrary instance. The shrinker has the following signature: 'a -> seq<'a> and takes an input and returns new values of the same type that are in some way ‘smaller’ that the original value. The shrinker is used when a test fails. FsCheck will then use the shrink the input and try again until it finds the smallest value that will cause the property to fail. I will not go further into the details of those concepts in this blog post, but feel free to take a deep dive into FsCheck’s documentation on generating test data. We actually don’t have to provide a shrinker, but we have to wrap our generator in the Arbitrary type like this:

To use the generator we need to configure Expecto to use it.

We can run that test and now it will pass:

Let’s refactor the test and add a helper function.

And if we run that test it still passes.

So what we have now is a passing property test that shows us that we can parse a valid 12 digit string, and that the to12DigitString function is working as expected. This one test actually has the same coverage as about 25 of our original example based tests.

Adding type safety to our generators

The setup for the test above is fine as long as we only have one generator for SwedishPersonalIdentityNumber. If we where to have more than one generator for the same type and add both to the configuration. For example, let’s say we write two new generators to generate valid and invalid years. Both will have the type Arbitrary<int> and if we were to add them to the configuration:

then the only the second one would be used, i.e. if we wrote a property test that takes an int as an input, then all of them would be generated using the InvalidYearGenerator.

And update the test where we use it:

So in our test function we are deconstructing the ValidPin discriminated union directly in the function definition: (ValidPin pin). Now when we add more generators it will be much clearer which one we are actually using in which test:

As you can see we now have to use Result.bind and Result.map since .to10DigitString returns a Result<string,Error>. to10DigitString is an operation that actually can fail.

There are some other tests in the original test suite for inputs that actually are valid. For example the parse function should be able to handle leading and trailing whitespaces. Actually if you really dive down into the requirements you will find that for 12 digit strings we should be able to parse an input as long as it contains 12 valid digits. I.e. even if there are any leading, trailing, or interspersed characters between the digits. For example if “192011149255” is a valid pin, then ” 192011149255 “ with leading and trailing whitespace is also valid. And taken to its extreme: ” a1b9c2d0e1f1g1h4i9j2k5l5m “ is a valid pin3. But how can we test this?

We need to generate the valid input but with some noise. One way to do this is to generate a random string and then remove any digits it contains in our test. FsCheck can generate a string for us out of the box, but it will generate strings of any length and with nulls. To avoid any problems with too short strings we will write a generator that generates a string with length 100. Since we will be filtering the array for digits it is easier to keep it as a char[] for now:

That is, we are using the built-in functions arrayOfLength and generate<'T> to generate a char[] with length 100. We then use Gen.map to turn the char[] into our Char100 type.

We then use it in our property test like this:

isDigit and surroundEachChar are helper functions for filtering and surrounding every character in our pin string with characters from charsWithoutDigits:

As we can see we ended up with only 4 test cases, but we are really verifying a lot with those tests. We know the parse function and to10/12digitString functions are working for valid inputs. Comparing this with C# unit test suite we have replaced about 30 unit tests. Additionally, since our property based tests are using randomly generated inputs, we are actually testing many, many more inputs than we did in the C# unit test suite.

I feel we have covered enough ground in this blog post so I will stop here. In the next post we will look at the tests for invalid inputs.

You May Also Enjoy

In this blog post I will show how we reduced our 1000+ lines of Azure Service Bus arm-template configuration to just a few lines of F#. And then some…

“Do you really need a cloud for that?” or: How I spent my 2020 summer vacation

“Do you really need a single-page application for that?”